Half Lives: The unlikely history of radium a review by Lawrence McGinty 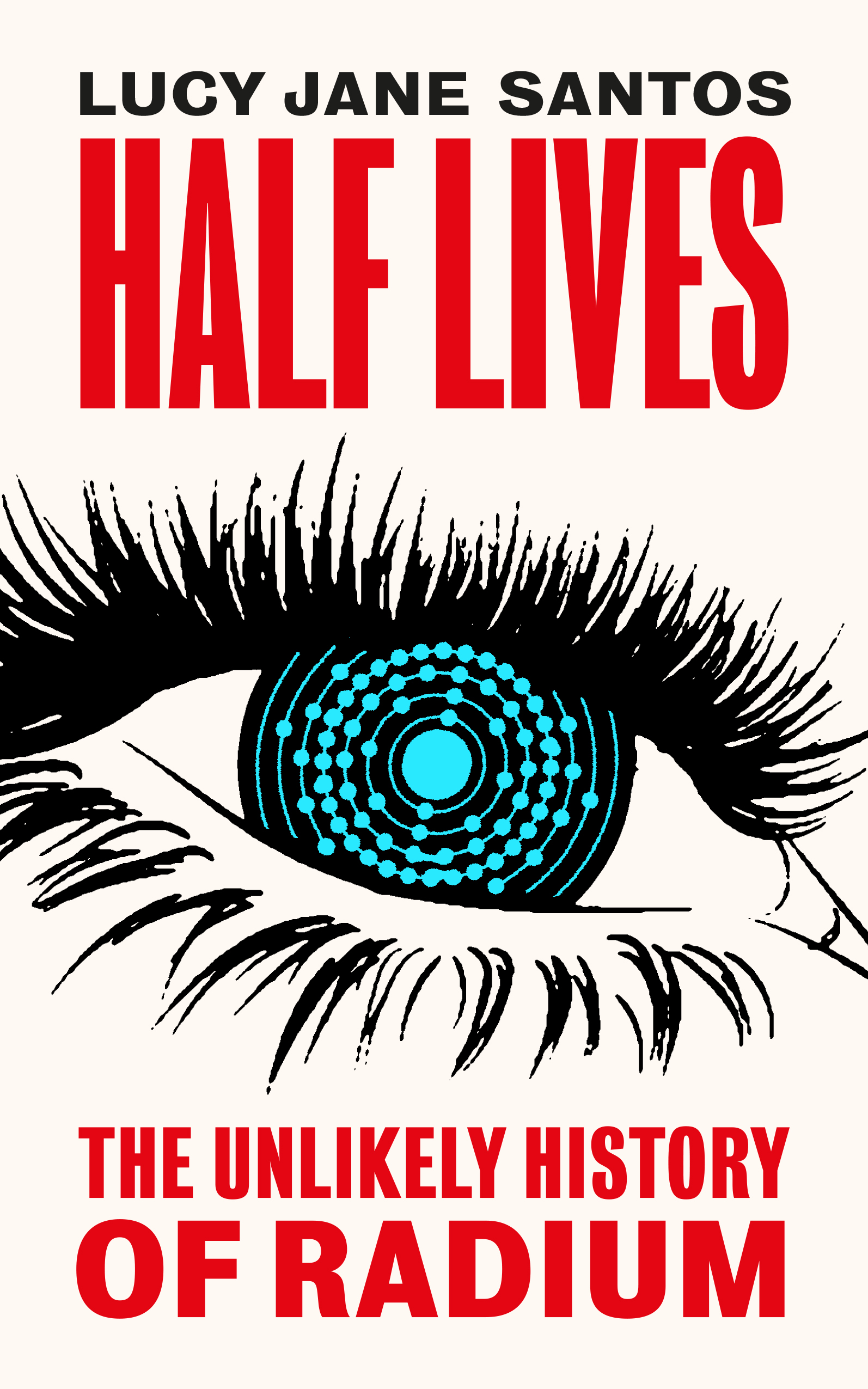 Half Lives: The unlikely history of radium by Lucy Jane Santos

This is a little gem of a book. It documents, with some scholarly precision, the world’s love affair with radium in particular and radioactivity in general at the turn of the last century. Who wouldn’t fall in love with this wonderful new power of nature? For a start, radium was discovered by the charismatic Madame Curie, the only woman to win two Nobel prizes in different subjects. And then, it was wonderful stuff – emitting strange rays.

As physicists started to unlock the secrets of radioactivity, ordinary people – some of them less than scrupulous – fell in love with the potential of radium. Soon it was everywhere, or would have been had it not been so scarce and expensive. The Broadway production Piff! Paff! Pouf! featured the Radium Dance, in which costumes (and even the conductor’s baton) were enrobed with glow-in-the-dark radium paint. New York promised a ‘radiumized casino’ with a radium-painted roulette wheel and green, glowing chips. Harrods sold radium fireworks. A Manchester furniture company offered radium grates. Radium silk rustled on fashionable ladies. Often, it was not clear whether these events and products actually used radium or not. Perhaps the word ‘radium’ was just PR hype.

But radium also became popular in medical treatments, first in curie therapy, when radium was used to treat cancer and skin conditions, then in ‘mild’ radium therapy, when radium ‘emissions’ like radon were used. Spas, like the famous Roman baths at Bath, discovered that their waters were radioactive and quickly cashed in on the now fashionable treatments.

Lucy Jane Santos chronicles the rise of whole industries based on the new wonder of radium. Industries that were always hampered by the limited supply of the chemical and which had to deal with the difficulties of the First World War, when European sources of radium were restricted. Ironically, it was the Great War that provided an unexpected spur to radium’s fortunes. Watches had to be read in dark trenches, and so started the demand for luminous watches that glowed in the dark. Radium was the best solution.

But that is also the start of radium’s downfall. The ladies who painted the luminous dials with radium paint soon started to feel the devastating power of radium. They licked their brushes to a fine point, the better to practise their skills. They ingested radium – perhaps a few thousand micrograms a year. Enough to kill. They sued and the publicity knocked a big hole in radium’s image.

The atomic bombs of Nagasaki and Hiroshima completed the destruction of the benevolent image of radium and radioactivity. But if you think the love affair with radium is over, Lucy has a telling little afterword, pointing out that Bath spa waters are still radioactive (if only slightly), some bottled mineral waters contain traces of radium, the Radium Palace Hotel in the Czech Republic still offers ‘radium cures’ and you can still buy bottles of Dr Reckeweg’s Radium Bromatum for arthritis, spondylosis and gout. Caveat Emptor! More on the author: Lucy Jane Santos is an expert in the history of twentieth-century leisure, health, and beauty with a particular interest – some might say obsession – in the cultural history of radioactivity. She is now the Executive Secretary for the British Society for the History of Science. In the past, she has also worked as Secretary of the Authors’ Club, the Director of the Crime Writers’ Association and the Historical Writers’ Association. Lucy has worked for the Gourmet Society, where she was editor, and at The International Food and Wine Society.” This is her first book.