O, Let Me Not Get Alzheimer’s: Book review 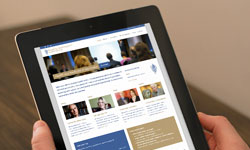 Colin Brewer has never been afraid to court controversy. My first columnist on New Psychiatry, he was so outspoken that the publisher suggested axing him. I insisted: “This is why we should keep him.” As we did until I moved to edit GP, taking him with me.

His appetite for controversy is undimmed – his latest book is driven by nearly 40 years in the Right to Die movement. He is concerned among other things that websites of societies like Alzheimer’s UK are full of smiling faces. Such bodies, he writes, understandably want to provide hope and comfort, but where, he asks, are the pictures of patients sitting blank and indifferent to the efforts of staff to engage them? Where too are the patients’ distraught, despairing and sleepless spouses and children?

Brewer argues that many people do not want to spend years in a state of progressive, physical, intellectual and personality disintegration before death ‘delivers them and their families from one of the most distressing ordeals that mnodern life can throw at us’.

Religious and other arguments against suicide and withholding or withdrawing treatment is “Even Worse Than Murder,’’ to quote a characteristically provocative chapter title He talks about his advice to people contemplating suicide and questions its legality. Describing one case, involving a fellow doctor, he writes: “I hereby formally invite the Director Public Prosecutions to consider this account and clarify the the matter, one way or the other.”

Brewer looks back to Lord Dawson, of Penn, physician to Buckingham Palace, who famously argued that there was no need to legalise voluntary euthanasia because “all good doctors do it anyway.” Dawson’s diaries later showed that he had personally euthanatised King George V, in the presence of his wife, Queen Mary, and his son and heir, the Duke of Windsor.

As Brewer points out, far fewer people now die at home like George V. Moreover, what doctors can do in the privacy of the patient’s bedroom is very different from what can be done when treatment is planned and administered by a hospital team; when the team rotates every few hours; when new members come and go from one week to the next; and when medical authority, privilege and discretion – which ‘can be abused but can also be useful’ – have largely disappeared in a sea of legal, administrative and professional obstacles and penalties.

The central message of his book that society must look at the alternatives to waiting for dementia take its natural course. If we survive until 85, he notes, as most young and middle aged people, can expect to do, nearly a third of us will develop Alzheimer’s. The average diagnosis to death time is just over seven years, of which nearly half is likely to be in the moderate-to-severe stage, resulting in serious progressive and eventually total failure to maintain ordinary human relationships with other people.

Yes, this is a grim read which describes the varieties and trajectories of dementia; what it looks like; and what it feels like. It asks if the slippery slope – a central part of any debate about euthansia – is always a bad thing. You can guess what the author thinks. This book should be widely read, but I suspect that it will not be.