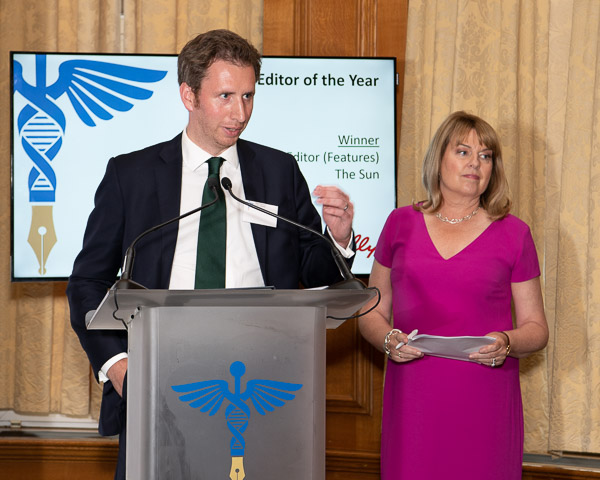 Wednesday night saw the very best health and medical journalists awarded for their work at a packed and lively ceremony at the Barber-Surgeons’ Hall in the City of London.   Top honours went to the Sun’s Health Features Editor, Christina Earle, who sadly died earlier this year.   Her awards for Outstanding Contribution to Health and Medical Journalism and Editor of the Year were collected by her husband Oli Newbury accompanied by Christina’s parents, sister and close friends and colleagues.

Read all the details of the winners and their work in our detailed run down of the night. 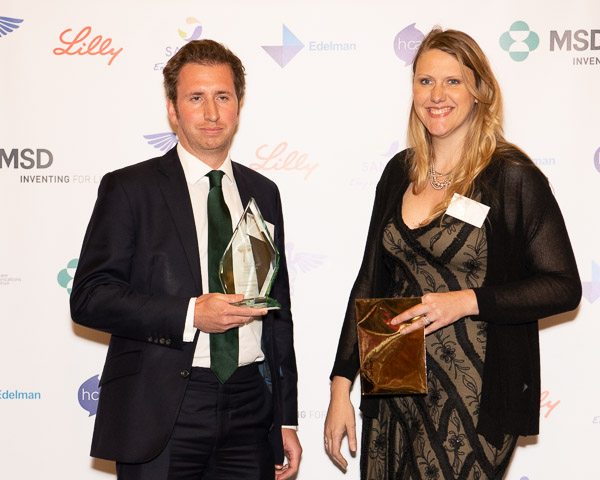 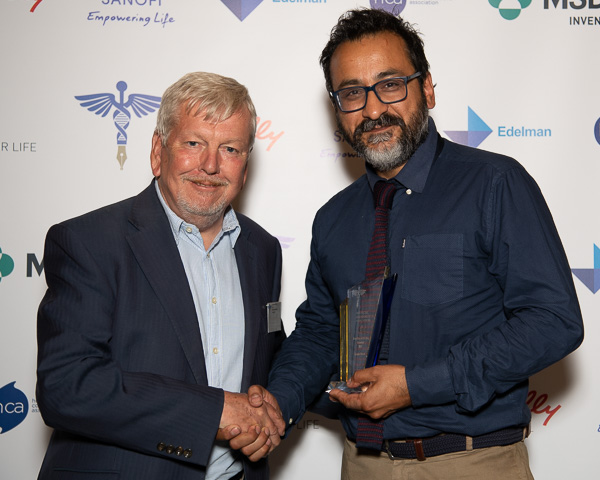 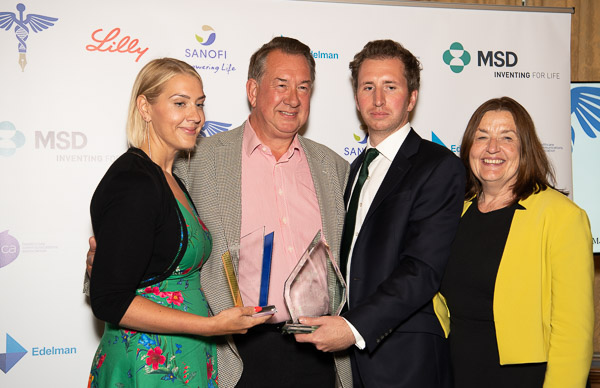 Christina Earle’s sister, father, husband and mother with her awards for Editor of the Year and Outstanding Achievement 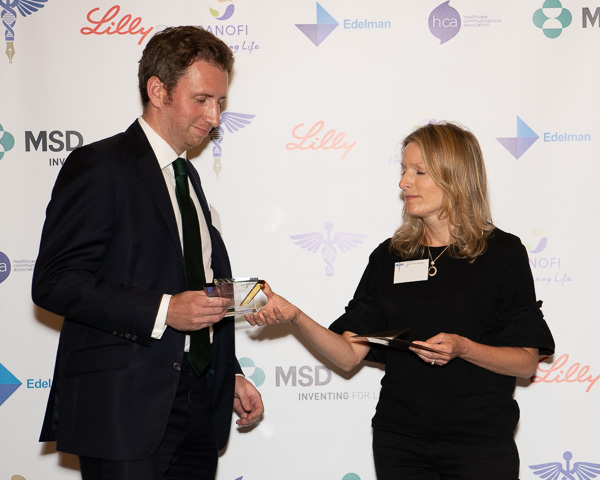 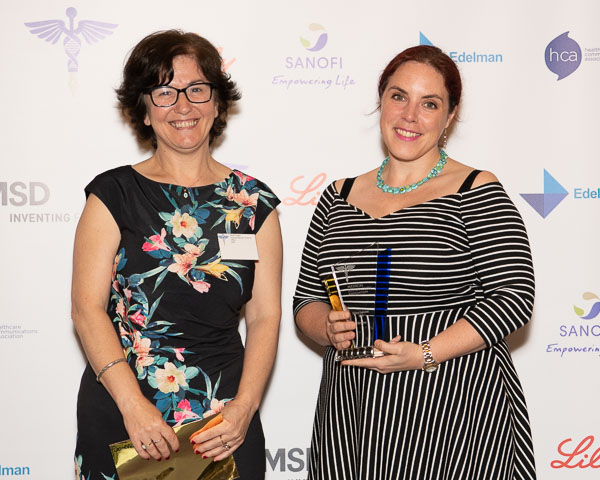 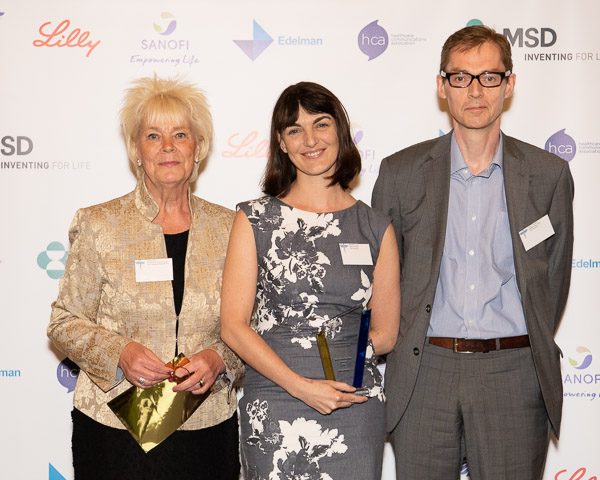 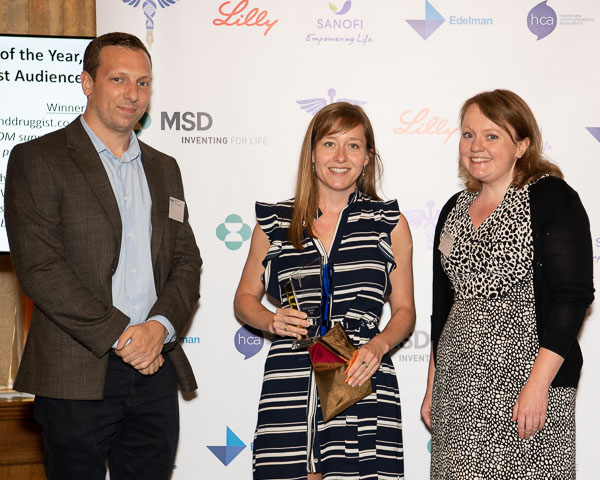 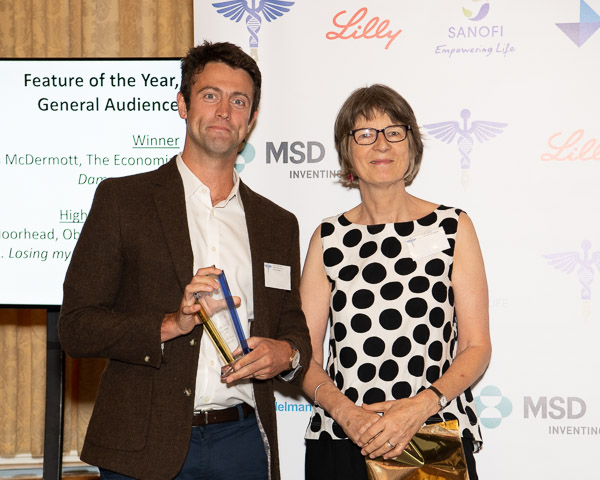 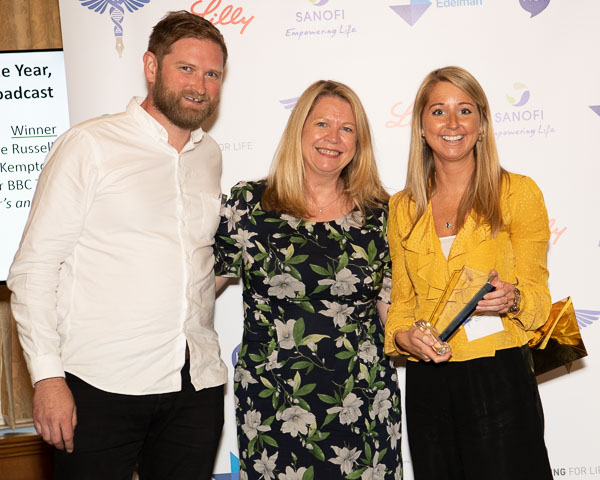 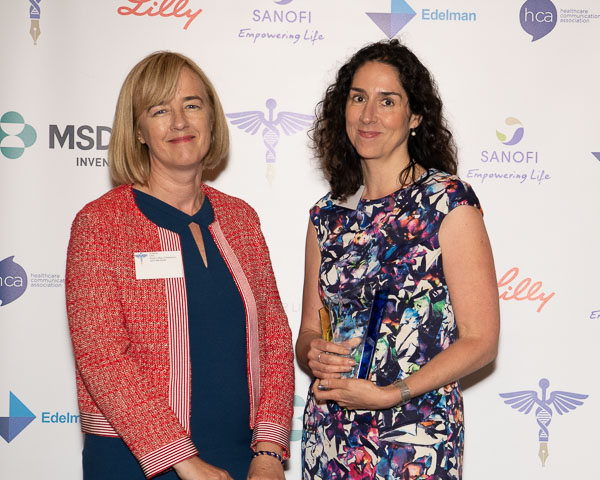 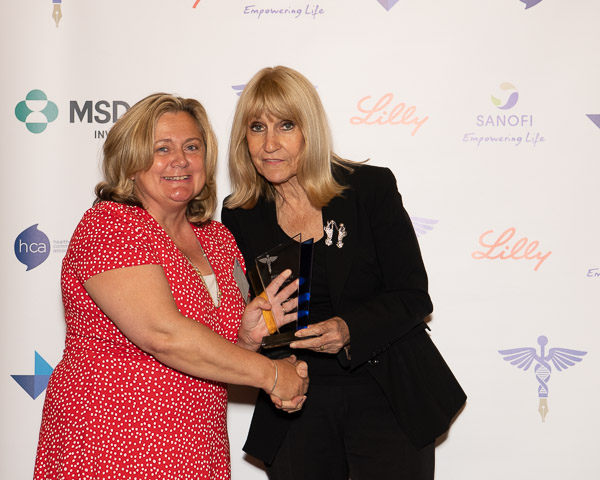 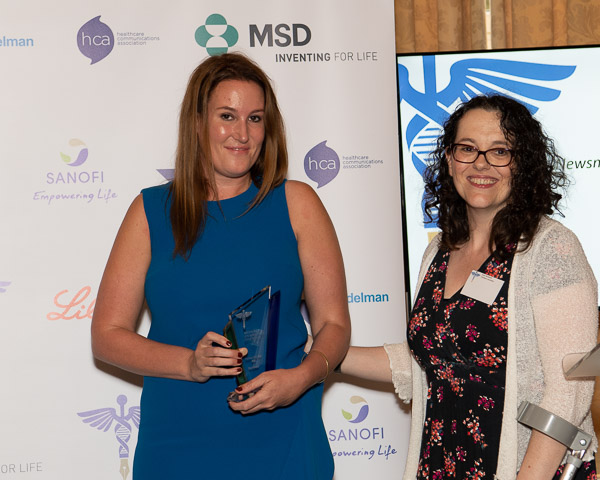 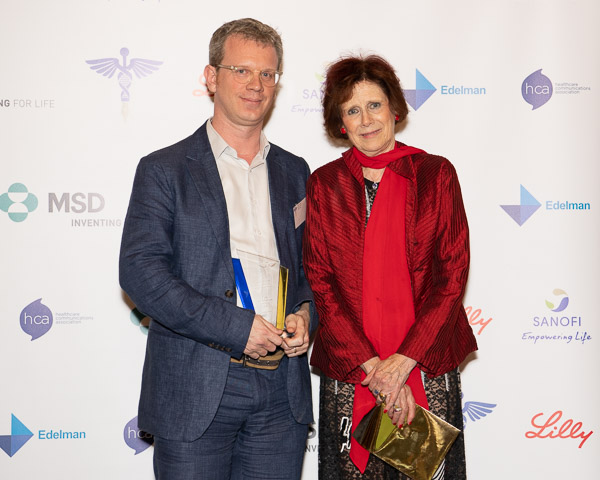 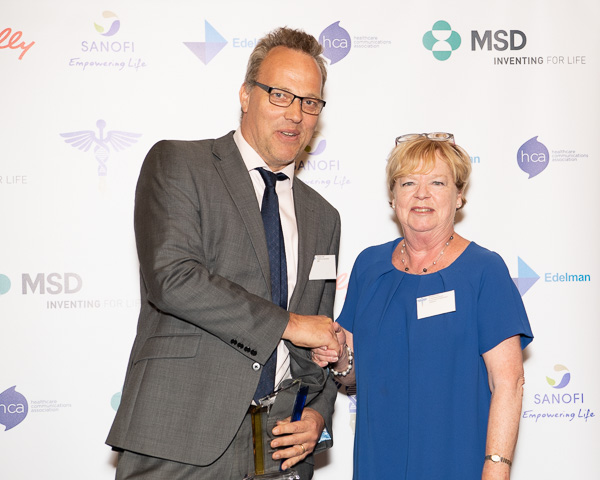 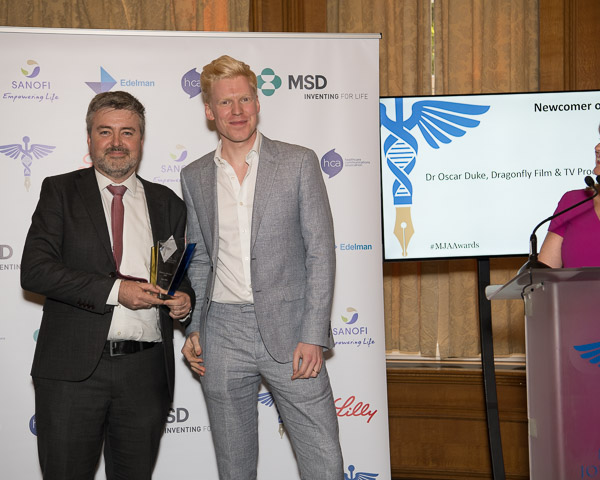 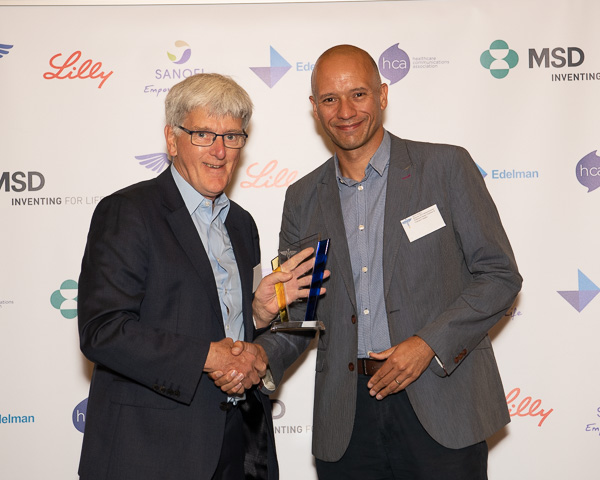 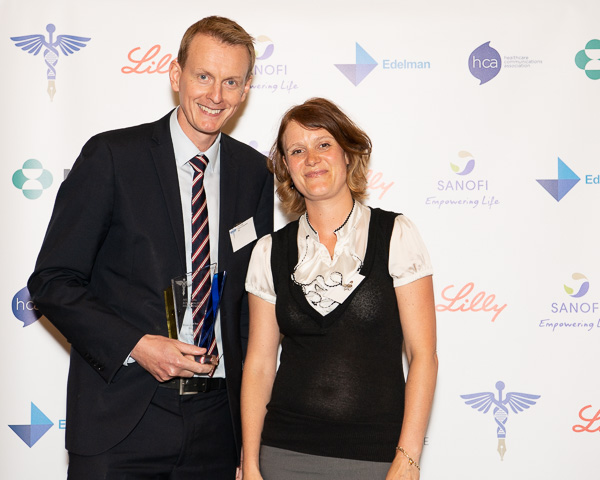 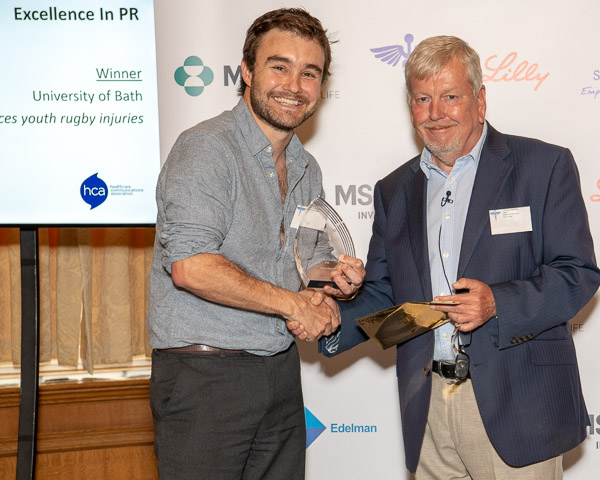 And the winners were…..