History in the making: How the MJA began

By Content EditorMarch 30, 2014About, History of the MJA, News, Public 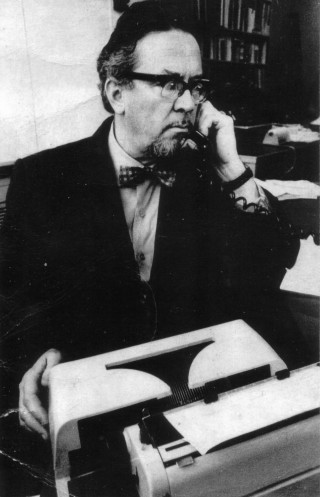 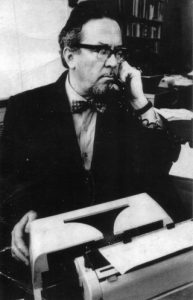 The first meeting of the MJA was held on February 1, 1967, in the ancient cellars of Ye Olde Cheshire Cheese, one of Fleet Street’s most celebrated pubs, and a noted resting place of many leading literary figures and journalists. They include Oliver Goldsmith, Alfred Tennyson, Sir Arthur Conan Doyle, GK Chesterton and Charles Dickens.

The MJA began with 48 applications for foundation membership and an annual subscription of two guineas (£2.10).

This was a time when medical doctors who wrote articles for the press under their own names or who appeared on radio or TV lived in fear of being reported to the General Medical Council for advertising and being struck off the Medical Register. Many doctors were understandably reluctant to speak to reporters.

It was a totally different time to that of today: hundreds of physicians and surgeons now contribute to the media as interviewees, writers, broadcasters and panelists. The MJA founder members did much to drive the radical change that made this possible in an era of far ranging social change which, among many other things, challenged medical paternalism and the idea that doctor knows best. This was the era of revolt – with The Rolling Stones, The Beatles, student uprising, the Campaign for Nuclear Disarmament, the Vietnam War, women’s liberation, the British satire movement and the advent of the contraceptive pill, the symbol of sexual revolution. Nothing was sacred anymore.

The year of 1967 also had for far reaching repercussions for us for another reason. Much of what is now routine in medical reporting in newspapers, on-line and on radio and TV can be traced back to the the impact of the world’s first human to human heart transplant.

With hindsight we can see that this was as big a media story as man’s first steps on the moon in 1969. It may seem strange now when heart transplants are routine, but the unique symbolic value of the heart left many people believing that the operation could not or should not be performed. With his boyish good looks and love of celebrity, the lead surgeon, Professor Christiaan Barnard, became (for a few years) the most famous medical/surgical figure since Hippocrates. 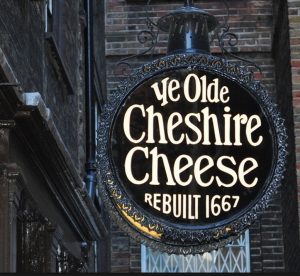 The pub where it all began

More seriously the operation encouraged a new kind of medical reporting, away from clinical practice to underlying ethical and social issues. It ushered in a new style of TV medical debate. Doctors were seen in public to have conflicting views – a profound shift for what had been a privately critical but publicly silent profession.

This time also saw the birth of consumerism and a new brand of self-help that gave millions of patients a collective voice for the first time, setting the stage for the internet revolution 30 years later. The media played a key role in promoting self-help, not because of commitment to it per se, but because it generated a rich seam of individual case histories. This was the foundation for consumer medical journalism, as we know it today.