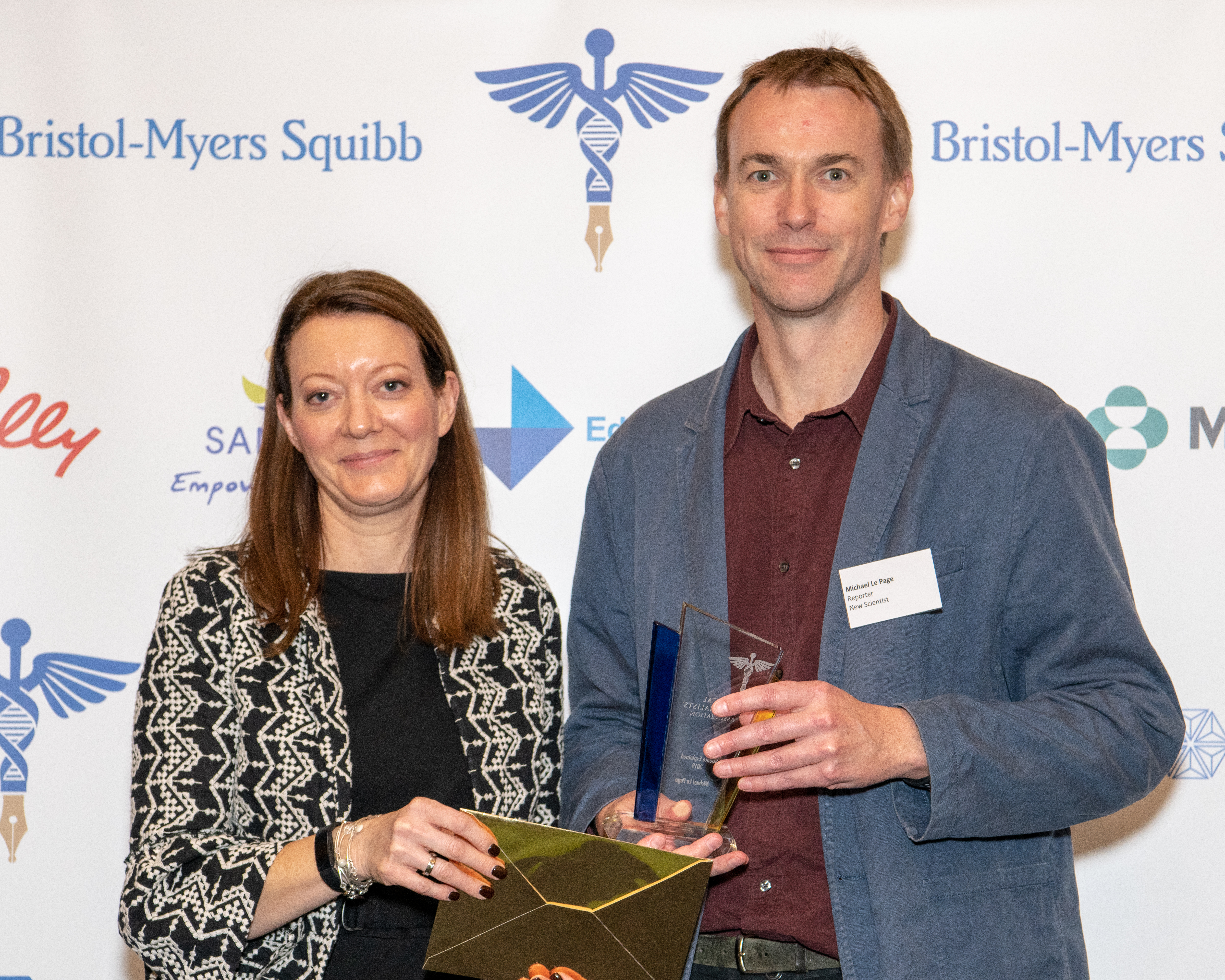 The MJA is delighted that MSD will continue to support the MJA Awards in the Feature of the Year – Broadcast category 2020.

In 2019 and 2018 MSD supported the Science Explained category.  In 2019 the Award was won by Michael Le Page, senior reporter, New Scientist and presented by Amelia James, director of strategic communications at MSD. In 2018 this award was won by freelancer Kat Arney.

MSD has been a long-standing supporter of the MJA Awards.

In 2017 the company presented the award for Feature of the Year (broadcast) to  Barbie Maclaurin, from Raw TV won the Award for The drug trial emergency at the hospital, a BBC 2 drama documentary which used interviews and re-enactments to tell the unfolding story of the ill-fated Northwick Park drug trial. 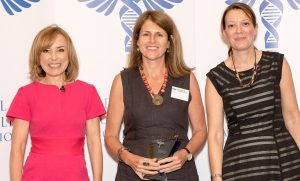 Barbie MacLaurin, winner of the Broadcast Feature of the Year, with Amelia James, right, who presented the trophy on behalf of MSD, and awards’ host Sian Williams

Judges said this was a “gripping story” which “raised important ethical and professional issues”.

In 2016 the company sponsored  Feature of the Year (specialist audience) which was won by John Illman for  The Danger of A Second Opinion, which was published in the British Journalism Review. 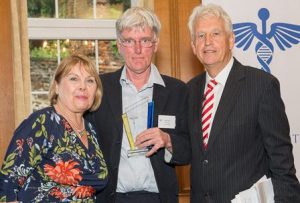 At the 2015 Summer Awards they sponsored Best Young Journalist, which was won by Will Hazell of the Health Service Journal.

His entry included an exclusive expose of the flawed system the Care Quality Commission used to hire inspectors; problems with the inspection system and “deeply troubling” emails from HealthWatch England which suggested it was using its position to influence procurement decisions.

At the 2015 Winter Awards MSD sponsored Best Column or Opinion Piece which was won by Daniel Sokol for Beware the lies of patients on thebmj.com. Diane Wass made the presention on behalf of MSD. The company also sponsored Best Young Journalist at our 2014 Summer Awards.