Life after Covid-19: Lessons from past pandemics review by MJA member Richard Woodman 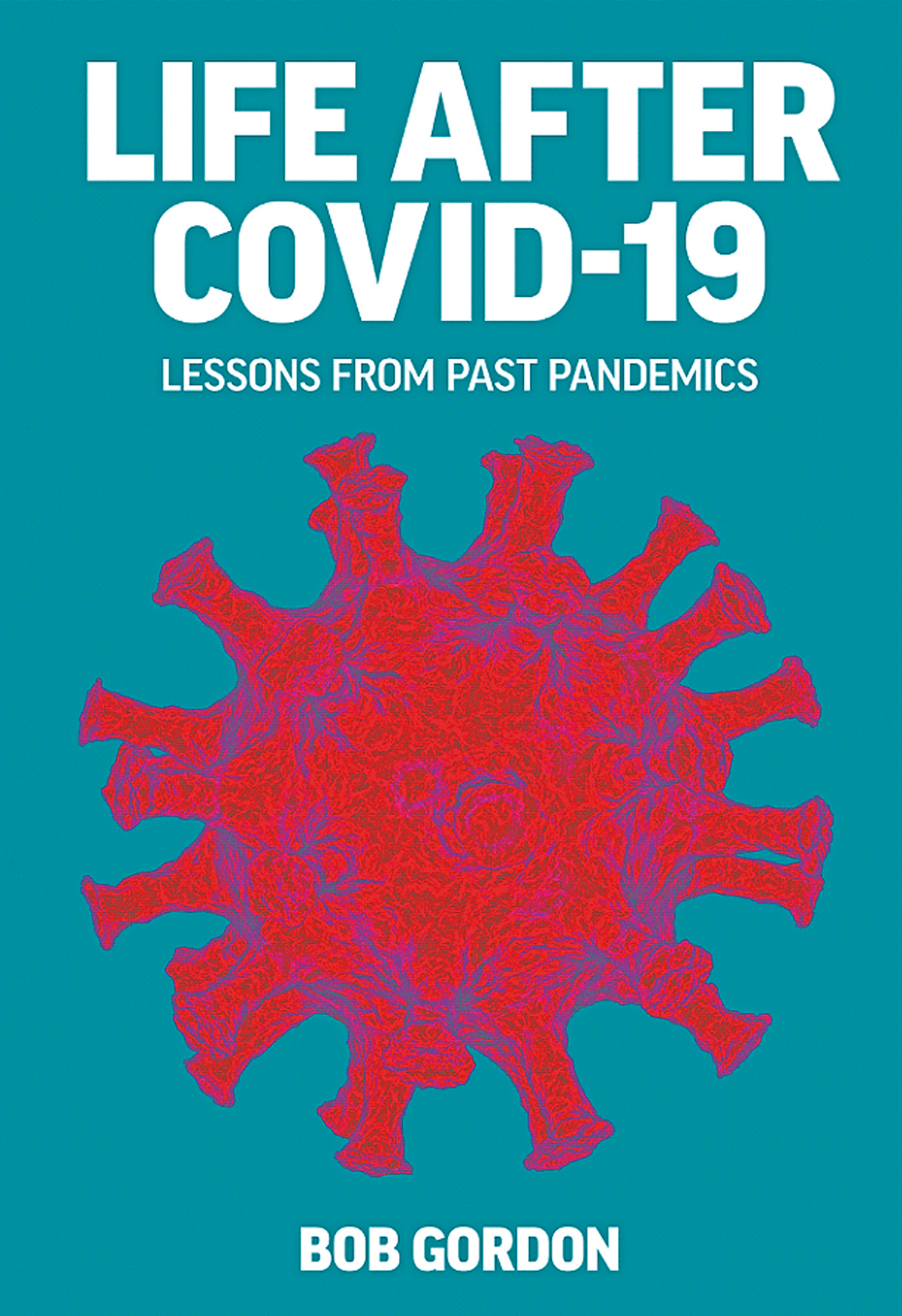 Life After Covid-19 by Bob Gordon: Lessons from Past Pandemics

Published by Banovallum Books, 2020 (an imprint of Mortons Books Ltd)

Covid-19 will have the greatest impact of any pandemic since the Black Death and its economic consequences will be even worse. For whereas the Black Death, the grand-daddy of all pandemics, killed so many people that the resulting labour shortage pushed up wages, there is no reason to believe the same will happen this time. In fact, there will be such a massive economic contraction that there will be widespread unemployment, the diametric opposite of the Black Death.

So warns Bob Gordon, author of Life After Covid-19 Lessons from Past Pandemics. It is clearly not a cheerful forecast, though to be fair, he wrote his book before the encouraging news that Covid-19 vaccines show up to 90% efficacy in phase 3 trials.

The first five chapters of this easy-to-read book are devoted to past scourges: the Black Death, the Great Plague of London, the yellow fever, dysentery and typhus epidemics which killed off Napoleon’s imperial ambitions, the repeated cholera pandemics that erupted throughout the 19th century and, of course, the great 1918-1919 influenza pandemic which killed 50-100 million people, including 250,000 in the UK.

What brings the story to life are the contemporary accounts by the diarist Samuel Pepys and novelist Daniel Defoe showing that little has changed in the way society responds to pandemics. While we no longer have pogroms against Jews falsely accused of causing pandemics, the rush to stockpile food and resentment towards public health orders has lived on. The wealthy still flee crowded cities for the countryside. Official falsehoods still blight public confidence. And while we no longer believe unicorn horn or syphilis give immunity to the plague, we still have advocates of chloroquine if not bleach.

We also learn that long before biological weapons, our ancestors exploited microbes to their advantage. The 65,000-strong force sent by Napoleon to control Haiti was defeated not in combat but by yellow fever. As the First Emperor of Haiti predicted: “The whites from France ….will fight well at first but soon they will fall sick and die like flies.”

The next chapter takes us on to the Asian flu pandemic of 1957, the Hong Kong flu pandemic of 1968, the swine flu epidemic of 2009 and the Ebola pandemic of 2013. It highlights the increasing rate at which zoonotic infections are emerging, with a new disease discovered on average once a year. These include two previous coronavirus outbreaks – Severe Acute Respiratory Syndrome (SARS), which possibly started with bats before spreading to cats and then humans in 2003, and Middle East Respiratory Syndrome (MERS) which spreads from camels to humans and was first reported in Saudi Arabia in 2012.

What can we look forward to after Covid-19? Mass bankruptcies… Enduring physical effects on survivors and mental scarring of large swathes of the population… Accelerating teleworking with a class bias benefiting white collar workers… A revival of Keynesian economics …Big government… to mention just a few consequences listed in the final chapter.

If history repeats itself, we can also look forward to a revival of the hedonism and “devil’s music”( jazz) of the Roarin’ 20s coupled with increased interest in religion and a remarkable rise in the popularity of spiritualism, ouija boards and seances to communicate with the dead.

One lesson – preparing for the next pandemic – we will probably never learn. It’s the eternal dilemma facing planners: if nothing happens they wasted money, if a pandemic erupts they didn’t do enough. Not surprisingly, most politicians decide it won’t happen on their watch.