Exhibition – “This vexed question”: 500 years of women in medicine 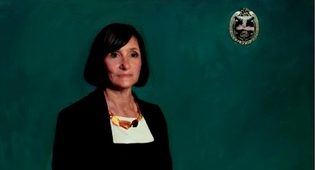 I come right bang in the middle of three generations of women doctors. While not unusual, that is certainly uncommon, and I tell this story with some pride. I also tell stories about breaking barriers, being the first and sometimes the only woman in gatherings, learning how to speak out when only men did, defining what I as a woman doctor should or should not say, wear or do. Women of my generation had few role models beyond the heroic pioneers. Our medical teachers were about 98% male. My feisty mother and her even more feisty sister were great personal mentors, but often women doctors of my generation were forging new territory, and that could be tense at times. I am delighted to see my niece explore her future career options with more confidence. Right now she wants to be a surgeon, and knows that she can, it will be her choice.

The opening of the new Royal College of Physicians exhibition of medical women through the ages was a joyful celebration – one floor now holds a gathering of images, stories and artefacts about medical women. The college was full of women, and a few supportive men too, spilling up and down the stairs, past 500 years of portraits of important men, networking happily. It felt like a takeover of the space, and it felt like coming home. I have a tribe, I always knew it but seeing it is another thing altogether. Some years ago I wrote about trying to find myself as a women amidst the overwhelmingly male images in the College. Even though I had made it as a Fellow, I still felt a bit outnumbered and silenced within the College visual display. How then to claim territory without waging a war? 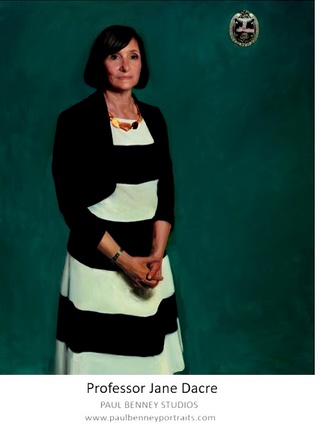 I found an answer in the unveiling of RCP President Jane Dacre’s portrait. She is one of the self-styled “class of 2014”, the year multiple elected presidents of UK Royal Colleges were women. The colours and style of Jane’s portrait give a nod to Holbein, it is a large canvas, and it takes up both physical and historical space, claiming territory back over the many years that women were written out of the story of medicine. I am really pleased to see it up there. https://www.youtube.com/watch?v=sufL7jU2yYk

Meanwhile – please read my article from 2009 which may explain why I feel so happy about this exhibition.

The first black female South African minister of health was due to visit Harvard’s School of Public Health in the 1990s. I got lost during an advance recce of the venue. A helpful black janitor put me right. “You mean the old dead white guys’ room,” he said.

There they were, portraits of the great and the good, all white men except for one small blurry photo of a white woman. The story told was one of eminence and exclusion, of generations where many potential US leaders of public health could get in the door only if they were cleaning staff.

Soon after that, I began my first professorship at the University of Queensland. My inaugural tour of the medical school took me past oil paintings of important white men, including a beaming, silver haired former dean fondling a pair of long obstetric forceps. Later two colleagues told me that this brought back memories of the traumatic forceps assisted deliveries of their babies.

The Royal College of Physicians of London, of which I am proudly a fellow, boasts 500 years’ worth of valuable portraits of white men. Women were excluded from entry to the college until 1909. After further delays, Helen Mackay became the first female fellow in 1934. Women have been making up ground since then, and we even have two female presidents up in oils. But what about other women who have made a difference in medicine? Do we not think the first woman doctor or the first female member or fellow of the college achieved something worth noting? And what about colleagues of colour? Are they not part of our history too?

Black students do better in academic tests when they first see images of inspiring black leaders; the same happens with women. When I enter any old and famous building of medicine, of course I am inspired by the imposing display of men who made medical history. And of course I look for people with whom I can personally identify and who will also inspire me. I do not propose removing any of the old dead white guys; they have earned their place in history, but we need a wider range of icons and role models. It is time to shuffle the paintings.

Until we achieve portrait parity, in about 3017, I will subvert history. At the Royal College of Physicians my first stop is always Henry VIII, founder of the college. All powerful then, today he would be chased by paparrazzi. I imagine I am his personal physician and sign him up for family counselling and sexually transmitted infection contact tracing. Then I head to the Jacobean presidential portraits, with their long, lustrous curls, gorgeous dresses, and elaborate jewels and props. I have co-opted themas honorary sisters.

Mary E Black is a medical doctor, public health specialist, and health service leader. Mary is widely published in scientific journals and is a frequent columnist and blogger. She is originally from Northern Ireland but now lives in London.  Her career has included clinical and public health work in Ireland and the UK, over ten years with WHO and UNICEF in Balkan countries and international consulting in many countries on health improvement, health services, social care and data systems. She has worked in both local and central government, most recently as Head of Digital Strategy for Public Health England and as a Director of Public Health and lead DPH for sexual health across London. Mary's professional interests have focused on the health and wellbeing of children, women and those who are excluded from society.  Her business interests have included two technology start-ups.   Mary has held a foundation chair of Public Health with the University of Queensland based in Cairns, established the secretariat in London for HANSHEP, a major global health alliance. As Project Director of NHS London 2012 Olympic and Paralympic Games NHS Operational plan she also led on evaluation and reporting for the NHS in London. As a singer and a writer Mary is passionate about how art can change and heal lives, and mentoring young women for careers in medicine and science.