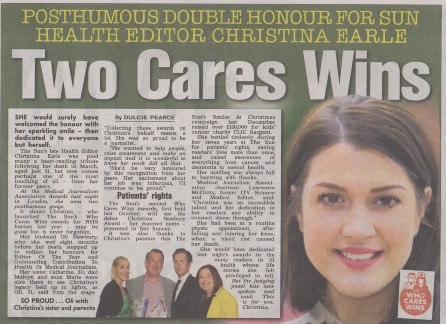 Health and medical journalists have long known that an MJA Award is the premier prize for anyone working in our industry — and now the rest of the UK does, too, thanks to extensive coverage of this year’s awards.

The Sun ran a page lead on Christina Earle’s posthumous double honour, winning Editor of the Year, sponsored by Lilly, and Outstanding Contribution to Health or Medical Journalism, which was sponsored by Edelman.

Christina’s win was also extensively reported by the Lowestoft Journal. 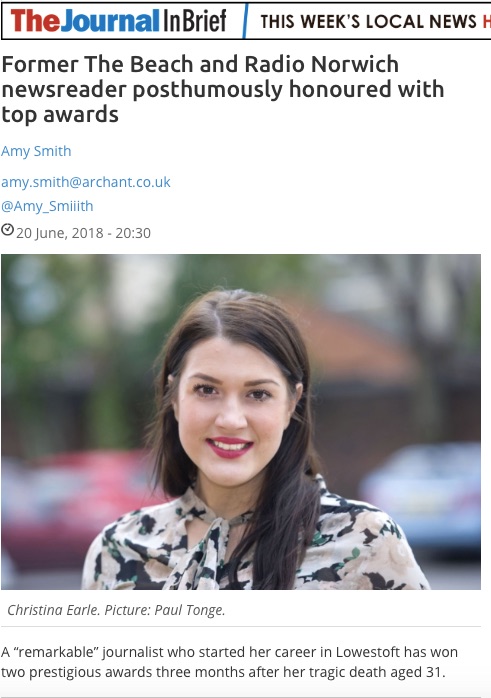 The Guardian reported Denis Campbell and data journalist Pamela Duncan winning the hotly contested award for News Story of the Year (general audience) for their investigation exposing one of the biggest losses of sensitive clinical information in the history of the NHS. 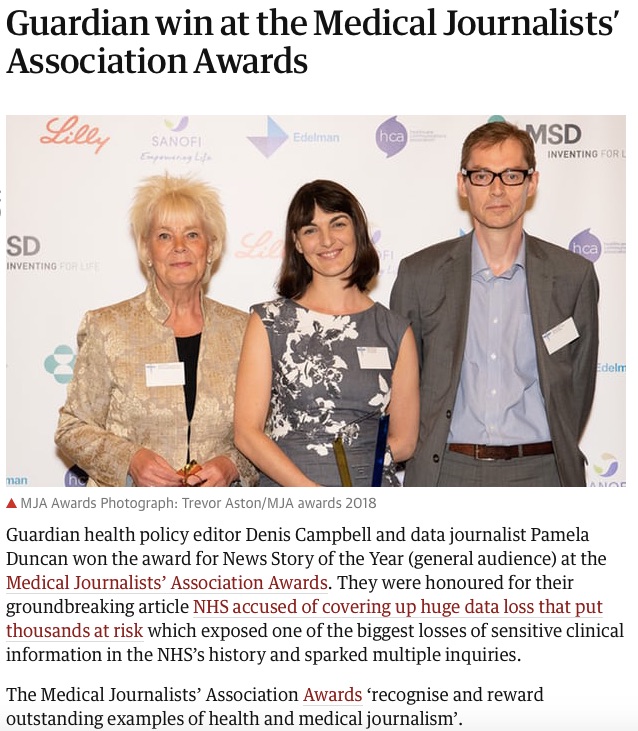 And C+D celebrated Grace Lewis beating stiff competition to take home the award for News Story of the Year (specialist audience) for her exclusive exposé on plans to have pharmacy technicians to supervise prescription-only medicine supply. 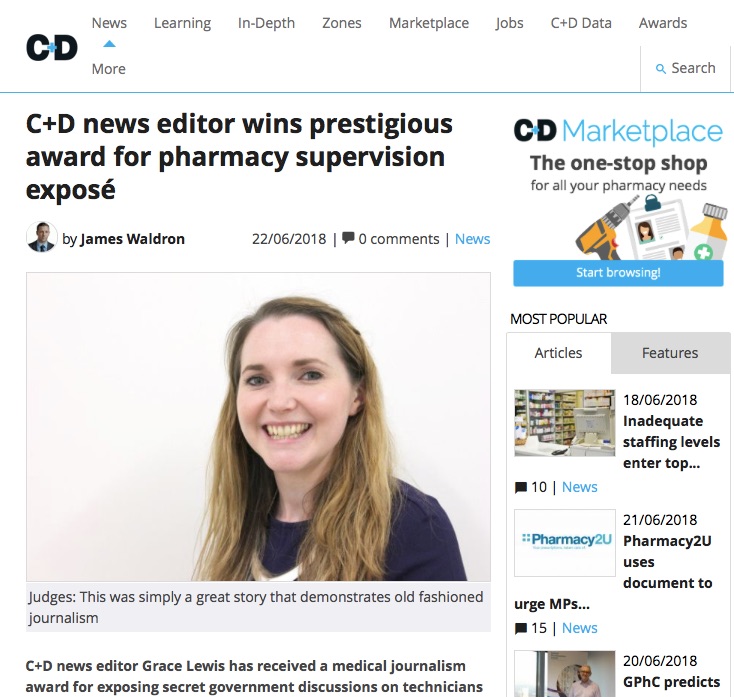