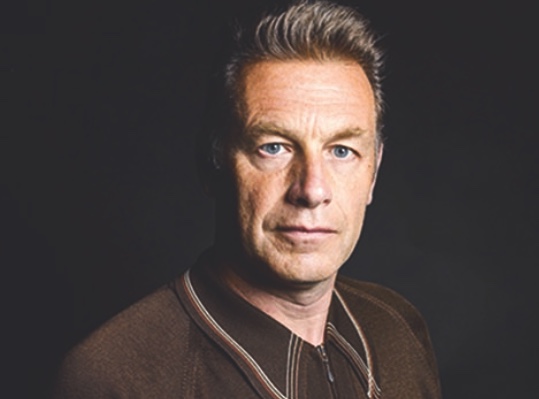 Chris Packham: Asperger’s and Me a Raw TV production for BBC Two has been shortlisted for the Broadcast Feature of the Year Award

Our judges have deliberated, debated and drawn up their shortlists for the 2018 Medical Journalists’ Association Awards — and as you would expect from the UK’s most prestigious awards for health and medical journalism there are some big names vying for the coveted trophies.

Chris Packham: Asperger’s and Me, a Raw TV production for BBC Two has been shortlisted for the Broadcast Feature award.

Laura Donnelly of The Telegraph, Warren Manger and Andrew Gregory of the Daily Mirror, and The Guardian‘s Denis Campbell and Pamela Duncan are battling it out for the award for News Story of the Year for a general audience.

And Christina Earle, the talented young health features editor of The Sun, who died earlier this year at the age of 31, has been named on the shortlist for Editor of the Year, along with Chrissie Giles editor of the Wellcome Trust Mosaic website and the new editor of Pulse, Jaimie Kaffash — a shortlist which underlines the diverse reach of the MJA.

MJA chair, Lawrence McGinty says: “The quality of the journalism submitted in the MJA awards never ceases to surprise me – and this year is no exception. Investigations, case studies, features – they’re all there and they’re all good stuff.”

Thank you to our sponsors and supporters, MSD, Lilly, Sanofi, and the Healthcare Communications Association and congratulations to those who have made the shortlists — given the quality and quantity of entries we received, to have got this far you are already a winner.

But there can only be one winner for each award — and they will be announced at our awards ceremony on June 20 at the Barber Surgeon’s Hall in the City of London. Please click here to RSVP if you are planning to join us.

Here are the full shortlists for the 2018 Medical Journalists’ Awards and our new award for Excellence in PR:

John Illman, freelance, for Childhood blood cancer: the quest for a kinder cure a report published by the charity Bloodwise.

Jacqui Thornton, freelance, for Ageing well: a collection of innovative thinking a report published by The Whiteley Foundation for Ageing Well.

Entrants in this category, which is sponsored by Sanofi, were asked to submit up to three blog posts. Lawrence Dunhill, from the Health Service Journal has been shortlisted for three items published on Following the Money, a fortnightly blog published on the HSJ website: Swimming with no trunks on, The only way is ethics and  Winners and losers from 1.8bn national fund.

Daniel Sokol, a barrister and medical ethicist is shortlisted for two blogs written for BMJ Opinion: Should doctors be saints and The Charlie Gard case — an ethicist in the court room.

And BBC health correspondent Nick Triggle, whose blogs about health, social care and public health issues are published on the BBC website, is shortlisted for three posts: Conservative manifesto: Why many will pay more for care,  Charlie Gard: A case that changed everything? and Did the NHS avert disaster this winter?

This category is open to writers or broadcasters with 36 or fewer months in health or medical journalism on February 21, 2018 — when entry to this year’s awards opened. The shortlisted entrants are:

Dr Oscar Duke, an NHS doctor and presenter of Born Too White a Dragonfly Film & Television Production for BBC 2.

Carolyn Wickware, from Pulse, for Revealed: NHS’s plans to bar patients from A&E without a referral.

This award is presented to acknowledge the important role of regional newspapers and broadcasters in nurturing and developing journalistic talent, and it is open to named health correspondents and general reporters who cover health stories on their patch. Shortlisted this year are:

Aasma Day, investigative reporter and lifestyle editor, at the Lancashire Post (Johnston Press) for I had a stroke aged eight & I’d just been out for a 30 mile bike ride when I realised I was having a stroke which was published in the Lancashire Post.

Matthew Hill, health correspondent, BBC in the South West for his exclusive report on a Bristol bowel surgeon under investigation by the General Medical Council following complaints from patients who had mesh surgery. His report was broadcast on BBC One – Inside Out West

Pamela McGowan, health reporter, Cumbrian Newspapers for Give us justice, which was published in the News & Star.

Catherine Carver, for Postpartum-psychosis: I’m afraid of how you’ll judge me, as a mother and as a person,  on Mosaic, the website published by the Wellcome global charitable foundation.

Yao Hua Law, freelance, for How to save the rainforest: Build a health centre published by Mosaic.

Natasha Loder, healthcare correspondent, The Economist for Closing in on cancer.

Amy Maxmen, senior reporter at Nature for The invisible disability.

Carolyn Wickware, senior reporter at Pulse for Great escape: why GPs are drawing pensions at a younger age.

Feature of the Year (general audience)

John McDermott, public policy editor at the The Economist for Damage control.

Joanna Moorhead, freelance, for Cancer I could deal with. Losing my breast I could not published in the Observer magazine

Lois Rogers, freelance  for Why won’t they let the dead rest published in the Mail on Sunday.

Grace Lewis and Annabelle Collins for Pharmacy technicians could oversee POM supply under ‘sensitive’ proposals to DH published on chemistanddruggist.co.uk

The Telegraph Laura Donnelly, health editor, The Telegraph, for Patients’ data given to tobacco giants.

Laura Donnelly, health editor of The Telegraph, for Sometimes it is harder to see your child live than die.

Warren Manger, feature Writer, Daily Mirror, for A 12 year-old girl was waiting for a heart at the same time as me. I was lucky, she wasn’t… that is so unfair published by the Daily Mirror and Mirror Online.

Patrick Strudwick, LGBT editor, BuzzFeed for This Young Man Wants You To Know What It’s Like Being Intersex.

MSD sponsor this hotly contested category this year, and the shortlist is:

Kat Arney, freelance for Unlocking the secrets of the brain published in BBC Science Focus.

Robin McKie, science editor, The Observer, (Guardian Media Group) for It’s won six Nobel prizes – so why the fascination with the fruit fly? published in The Observer

Jacqui Thornton, freelance for The remote island solving the world’s most serious diseases published on the London School of Hygiene and Tropical Medicine features website

Kat Arney for her work published in the Daily Mail, BBC Online and The Guardian

Danny Buckland for his work published in the Sunday Express, Pharmaceutical Market Europe and Prescriber

Faye Kirkland for her broadcast journalism for Newsnight BBC 2, BBC News at Ten, and BBC News at Six and Ten

In this category, which is sponsored by Lilly, we asked entrants to submit three examples of work

Christina Earle, health editor (features) at The Sun.  Christina, who launched the paper’s Who Cares Wins awards, died suddenly and unexpectedly earlier this year. She was nominated by her friend and colleague Lynsey Hope. Submissions one two three

Jaimie Kaffash, was deputy editor and is now editor, at Pulse (Cogora). Submissions: one, two, three.

In this category, which is sponsored by Edelman, the shortlist is not announced until the night of the Awards ceremony, with the shortlist and winner being selected by the judges from across all categories.

SHORTLIST FOR OUR NEW: EXCELLENCE IN PR AWARD This year the Medical Journalists’ Association, supported by the Healthcare Communications Association (HCA),  has launched a new award for excellence in PR to recognise the communications teams and PR agencies who understand what journalists really want. This award is judged by journalists, for journalists, with the aim of improving the standard of releases and press materials MJA members receive.

MJA chair Lawrence McGinty says: “We know this award may lead to some raised eyebrows, but I doubt there is a journalist in the land who has not quoted a press release, or used a well-written one as the springboard for a story.

Mike Dixon, CEO of the HCA says: “There are many awards available for healthcare PR teams to enter, but only this MJA award is judged by journalists themselves. For a PR team, that makes gaining recognition in this award very special indeed.  What PR team would not want to be able to tell a prospective client, or their organisation’s directors, that the journalists they are targeting have identified their work as worthy of recognition for excellence?”

The shortlist for the inaugural MJA Award for Excellence in PR is, in no particular order:

Reynolds-MacKenzie for Shire (Born to be ADHD report)

The winner will be announced at the MJA Awards on June 20.

With thanks to our sponsors and supporters