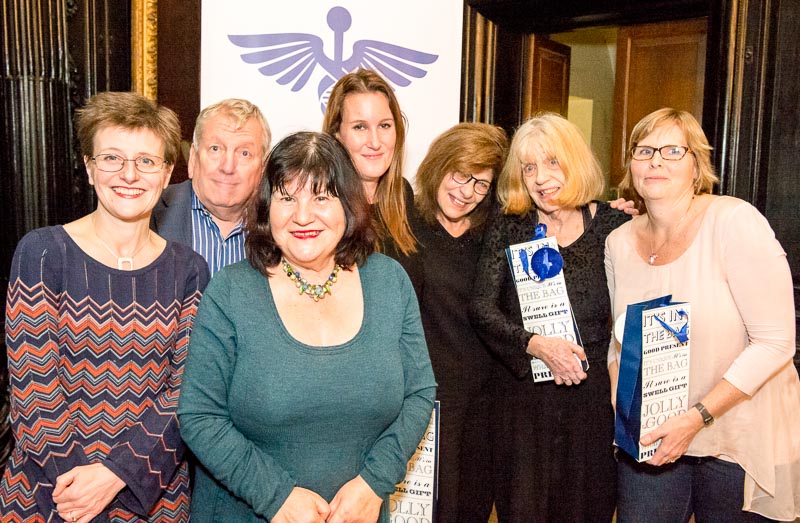 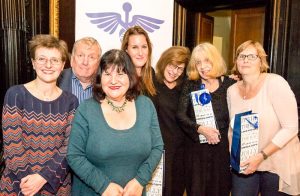 And what made Canada Water’s win even sweeter was that their’s was a ‘blind-date’ team of free agents, some meeting up for the first time on the evening.

Our ever-challenging quiz masters, Kathy and Paul, took us on a Lambeth walk through a music round which included some capital clues; tightly timed picture puzzles, and a sprinkling of sport, science and celebrity.

And in the end, just half a point separated the two teams in an impressive display of intellect and, some might say, inspired guess-work.

It’s now the fourth year we have held the event in the sumptuous Great Hall of the Worshihpful Society of Apothecaries of London, and we would particularly like to thank NHS Employers for sponsoring what has become a highlight of the Association’s social calendar. 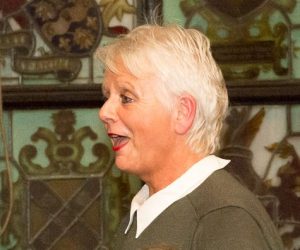 This year we also took the opportunity to thank Lindsay Morgan, who has been a stalwart supporter of the MJA for many years.

For those who don’t know Lindsay (and there can’t be many), she provided PR consultancy to long-time sponsors Boehringer Ingelheim and sterling support at many MJA Awards.

So before question time kicked off, MJA chair, Lawrence McGinty presented Lindsay with a trophy, mirroring our new awards gongs, thanking her for her support — and announcing that although Lindsay had planned to retire, we have persuaded her to help promote the MJA awards in what will be our 50th anniversary year.

So watch this space. Planning is already underway, categories will be announced shortly. Long-time supporters Boehringer Ingelheim have once again agreed to be our principal sponsor.