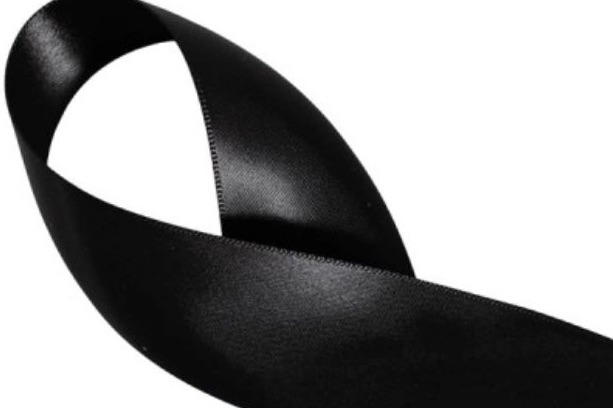 To be commemorated with a packed funeral and multiple well-written obituaries, one must live fast, be famous and die young.

Alf – or Alfie – Browne achieved the first of those – living a life that was both fast and full. He failed the third pretty comprehensively having died last August age 94. And he was undoubtedly not famous outside the world of what was then called Fleet Street.  But he was famous within it, and should have been outside. He was one of the great reporters.

For many years he was the science and medicine correspondent of the Press Association (PA), the national wire service. Good specialist correspondents there wielded enormous influence on what got reported and published, even though none of them, or virtually none, were ever marked by a personal by-line. The PA was, still is, a service that others shamelessly adopt as their own – which is, after all, what it is there for.

Alfie was also – in typically questioning, sceptical and challenging fashion – a founding member of the MJA, one of a fast diminishing band, although, amazingly there are still older members extant.

Alfie was, primarily, a reporter. But over the years this bespectacled, immensely wiry, not very tall man also boxed and wrestled, lifted insane weights, and rode a bike like a mad man long before the days of Chris Boardman and Bradley Wiggins. And he played the piano.

Among his generation of medicine and science reporters he was far from alone. Ronnie Bedford (the Daily Mirror’s science and medicine editor click here for obit from Mirror colleagues ) was a truly great, half-blind, jazz and swing pianist. Les Toulson (The Sun’s science and medicine correspondent) could also play exceptionally well – a room in his house was occupied by a distinctly serious electronic organ. So the day’s end of the gatherings following annual conferences that the science and medicine correspondents attended were often played out in assorted hotels and bars by this trio. Alf’ie’s music was at the classical end of the spectrum. (He would tell you, with absolute conviction and doubtless blameless accuracy, on which of Rachmaninov’s many recordings the composer had played a false note.)

But above all, Alfie – and this is the point of this obituary – was a truly great, if anonymous, reporter. Somewhat to its shame, the PA has not done an obit of him. So this one relies on unreliable memory and doubtless misses many of his triumphs and indeed some of the better stories that others are welcome to add or correct.

Alfie left school at 14 and joined the PA as a copy boy. He then rose up the ranks. The Second World War intervened, something he rarely talked about, but when he returned to the PA he became its motoring and aviation correspondent. He graduated to being the science and medicine correspondent, and for a time did both jobs. So he’d be attending an air display or fair, and/or testing a car which he’d then use to drive at breakneck speed across the country to do a science or medicine press conference, before returning, while somehow – long before the days of mobile phones – managing to file both stories on time, and achieving countless scoops. Despite his lack of formal education he was an autodidact with a voracious and awesome width of knowledge. Tony Thistlethwaite in his history of the MJA – Independent and Bloody Minded – dubbed him “a polymath of professors”. He could take on Sir Fred Hoyle about red-shifts and debate whether the universe was expanding or contracting, or Walter Marshall on nuclear physics, or Walter Bodmer on genetics, before filing a typically mischievous story about the latest controversy over the prescription of contraceptives to under-16s.

His habit of filing a story he’d suddenly come upon at 10 or 11 at night, dragged his national media competitors out of bed at midnight on many occasions. Their consolation was that Alfie was entirely reliable. The quotes to back it up were always there, even if his angle or interpretation of a story could drive his competitors wild.

Alfie was a professed communist, and not just that but a fan of Joe Stalin, prepared to argue the relative merits of Uncle Joe long after the tanks rolled in to Hungary and Czechoslovakia. Most of the time this felt like conversational provocation: he extracted stories out of people by adopting an extreme position and then watching, pencil poised, as they argued their way into, or out of, the corner that he had created for them. But his communism never affected his reporting. Though I do remember having to drag him out of one of Fleet Street’s many watering holes when he got into an argument that was fast heading towards fisticuffs. Once outside, Alf assured me that he could have taken them all.

I met Alfie when I was a decidedly ingénue news reporter on Nature. Thanks mainly to Pearce Wright, The Times science correspondent and to Ronnie Bedford, I was bullied into applying for Alfie’s job as he was about to be promoted to PA’s weekend editor. The interview took place in the old Press Club – essentially a private member’s pub down one of Fleet Street’s many alleys. It was literally a “spit and sawdust” affair with sawdust covering the bare boards. The interview consisted of Alfie and Reg Evans, the current weekend editor, pouring several pints down me before telling me there was a press conference at the American embassy at 5pm on the imminent International Maritime Organisation conference. Did I know about it? (Fortunately I did.) Would I go and file a “Sunday for Monday”? I was given the copytakers’ number. I staggered off and filed an intro on the lines of “Double bottomed oil tankers and a penny on the price of petrol” being the likely outcome of the conference. It became my first PA story. As Tony Thistlethwaite says, I’d somehow “survived the viva”. They don’t do job interviews like that anymore.

Once there, Alfie taught me loads; not least how to write a “Sunday for Monday”. All you needed was one new fact, gleaned from a bit of thought, or reading the journals, or a well timed phone call to some wizard or other, the “one new fact” then allowed you to write down “everything you know about” the subject in question. The difference between Alf and me was that he knew pretty much everything about everything.

Alfred George Browne: 1921-2015, Press Association journalist, author and great-great-grandfather, died on August 23, 2015. He is survived by Joan, his wife of 70 years and seven of their eight offspring.